A La Niña Ready Nation would be a nation that expects and prepares for extreme impacts during La Niña of weather, water and climate related hazards normally associated with ENSO-Neutral. During La Nina conditions, the east to west flow present during neutral conditions is intensified. 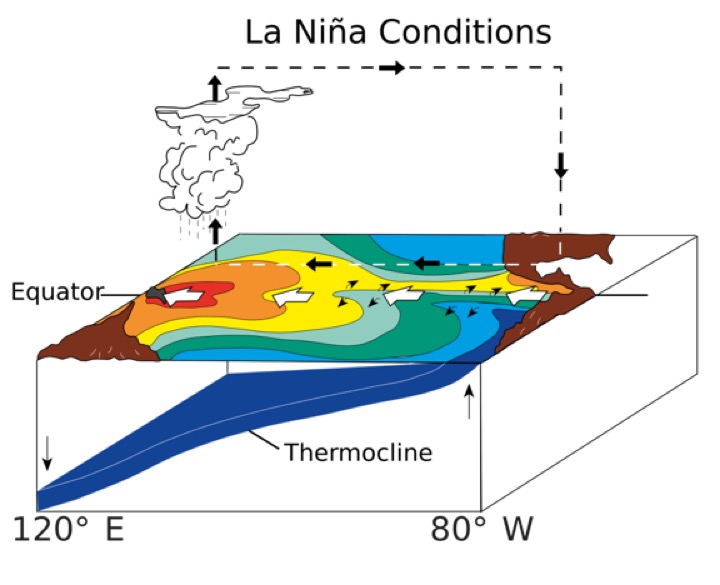 During La Nina, the deviations of sea surface temperature and rainfall from normal are generally less dramatic than the deviations that occur during El Nino.