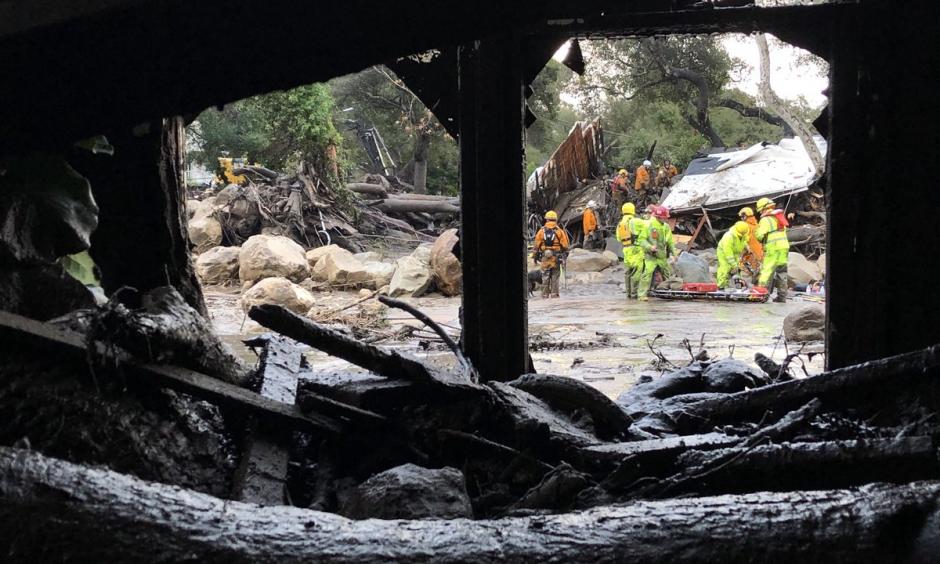 3.Between Catastrophe and Chaos July 1979

The scientists summoned by Jule Charney to judge the fate of civilization arrived on July 23, 1979, with their wives, children and weekend bags at a three-story mansion in Woods Hole, on the southwestern spur of Cape Cod. They would review all the available science and decide whether the White House should take seriously Gordon MacDonald’s prediction of a climate apocalypse. The Jasons had predicted a warming of two or three degrees Celsius by the middle of the 21st century, but like Roger Revelle before them, they emphasized their reasons for uncertainty. Charney’s scientists were asked to quantify that uncertainty. They had to get it right: Their conclusion would be delivered to the president. But first they would hold a clambake.

They gathered with their families on a bluff overlooking Quissett Harbor and took turns tossing mesh produce bags stuffed with lobster, clams and corn into a bubbling caldron. While the children scrambled across the rolling lawn, the scientists mingled with a claque of visiting dignitaries, whose status lay somewhere between chaperone and client — men from the Departments of State, Energy, Defense and Agriculture; the E.P.A.; the National Oceanic and Atmospheric Administration. They exchanged pleasantries and took in the sunset. It was a hot day, high 80s, but the harbor breeze was salty and cool. It didn’t look like the dawning of an apocalypse. The government officials, many of them scientists themselves, tried to suppress their awe of the legends in their presence: Henry Stommel, the world’s leading oceanographer; his protégé, Carl Wunsch, a Jason; the Manhattan Project alumnus Cecil Leith; the Harvard planetary physicist Richard Goody. These were the men who, in the last three decades, had discovered foundational principles underlying the relationships among sun, atmosphere, land and ocean — which is to say, the climate.

The hierarchy was made visible during the workshop sessions, held in the carriage house next door: The scientists sat at tables arranged in a rectangle, while their federal observers sat along the room’s perimeter, taking in the action as at a theater in the round. The first two days of meetings didn’t make very good theater, however, as the scientists reviewed the basic principles of the carbon cycle, ocean circulation, radiative transfer. On the third day, Charney introduced a new prop: a black speaker, attached to a telephone. He dialed, and Jim Hansen answered.

Charney called Hansen because he had grasped that in order to determine the exact range of future warming, his group would have to venture into the realm of the Mirror Worlds. Jule Charney himself had used a general circulation model to revolutionize weather prediction. But Hansen was one of just a few modelers who had studied the effects of carbon emissions. When, at Charney’s request, Hansen programmed his model to consider a future of doubled carbon dioxide, it predicted a temperature increase of four degrees Celsius. That was twice as much warming as the prediction made by the most prominent climate modeler, Syukuro Manabe, whose government lab at Princeton was the first to model the greenhouse effect. The difference between the two predictions — between warming of two degrees Celsius and four degrees Celsius — was the difference between damaged coral reefs and no reefs whatsoever, between thinning forests and forests enveloped by desert, between catastrophe and chaos.

In the carriage house, the disembodied voice of Jim Hansen explained, in a quiet, matter-of-fact tone, how his model weighed the influences of clouds, oceans and snow on warming. The older scientists interrupted, shouting questions; when they did not transmit through the telephone, Charney repeated them in a bellow. The questions kept coming, often before their younger respondent could finish his answers, and Hansen wondered if it wouldn’t have been easier for him to drive the five hours and meet with them in person.

Among Charney’s group was Akio Arakawa, a pioneer of computer modeling. On the final night at Woods Hole, Arakawa stayed up in his motel room with printouts from the models by Hansen and Manabe blanketing his double bed. The discrepancy between the models, Arakawa concluded, came down to ice and snow. The whiteness of the world’s snowfields reflected light; if snow melted in a warmer climate, less radiation would escape the atmosphere, leading to even greater warming. Shortly before dawn, Arakawa concluded that Manabe had given too little weight to the influence of melting sea ice, while Hansen had overemphasized it. The best estimate lay in between. Which meant that the Jasons’ calculation was too optimistic. When carbon dioxide doubled in 2035 or thereabouts, global temperatures would increase between 1.5 and 4.5 degrees Celsius, with the most likely outcome a warming of three degrees.

The publication of Jule Charney’s report, “Carbon Dioxide and Climate: A Scientific Assessment,” several months later was not accompanied by a banquet, a parade or even a news conference. Yet within the highest levels of the federal government, the scientific community and the oil-and-gas industry — within the commonwealth of people who had begun to concern themselves with the future habitability of the planet — the Charney report would come to have the authority of settled fact. It was the summation of all the predictions that had come before, and it would withstand the scrutiny of the decades that followed it. Charney’s group had considered everything known about ocean, sun, sea, air and fossil fuels and had distilled it to a single number: three. When the doubling threshold was broached, as appeared inevitable, the world would warm three degrees Celsius. The last time the world was three degrees warmer was during the Pliocene, three million years ago, when beech trees grew in Antarctica, the seas were 80 feet higher and horses galloped across the Canadian coast of the Arctic Ocean.

The Charney report left Jim Hansen with more urgent questions. Three degrees would be nightmarish, and unless carbon emissions ceased suddenly, three degrees would be only the beginning. The real question was whether the warming trend could be reversed. Was there time to act? And how would a global commitment to cease burning fossil fuels come about, exactly? Who had the power to make such a thing happen? Hansen didn’t know how to begin to answer these questions. But he would learn.

After the publication of the Charney report, Exxon decided to create its own dedicated carbon-dioxide research program, with an annual budget of $600,000. Only Exxon was asking a slightly different question than Jule Charney. Exxon didn’t concern itself primarily with how much the world would warm. It wanted to know how much of the warming Exxon could be blamed for.

A senior researcher named Henry Shaw had argued that the company needed a deeper understanding of the issue in order to influence future legislation that might restrict carbon-dioxide emissions. “It behooves us to start a very aggressive defensive program,” Shaw wrote in a memo to a manager, “because there is a good probability that legislation affecting our business will be passed.”

Shaw turned to Wallace Broecker, a Columbia University oceanographer who was the second author of Roger Revelle’s 1965 carbon-dioxide report for Lyndon Johnson. In 1977, in a presentation at the American Geophysical Union, Broecker predicted that fossil fuels would have to be restricted, whether by taxation or fiat. More recently, he had testified before Congress, calling carbon dioxide “the No.1 long-term environmental problem.” If presidents and senators trusted Broecker to tell them the bad news, he was good enough for Exxon.

The company had been studying the carbon-dioxide problem for decades, since before it changed its name to Exxon. In 1957, scientists from Humble Oil published a study tracking “the enormous quantity of carbon dioxide” contributed to the atmosphere since the Industrial Revolution “from the combustion of fossil fuels.” Even then, the observation that burning fossil fuels had increased the concentration of carbon in the atmosphere was well understood and accepted by Humble’s scientists. What was new, in 1957, was the effort to quantify what percentage of emissions had been contributed by the oil-and-gas industry.

The American Petroleum Institute, the industry’s largest trade association, asked the same question in 1958 through its air-pollution study group and replicated the findings made by Humble Oil. So did another A.P.I. study conducted by the Stanford Research Institute a decade later, in 1968, which concluded that the burning of fossil fuels would bring “significant temperature changes” by the year 2000 and ultimately “serious worldwide environmental changes,” including the melting of the Antarctic ice cap and rising seas. It was “ironic,” the study’s authors noted, that politicians, regulators and environmentalists fixated on local incidents of air pollution that were immediately observable, while the climate crisis, whose damage would be of far greater severity and scale, went entirely unheeded.

The ritual repeated itself every few years. Industry scientists, at the behest of their corporate bosses, reviewed the problem and found good reasons for alarm and better excuses to do nothing. Why should they act when almost nobody within the United States government — nor, for that matter, within the environmental movement — seemed worried? Besides, as the National Petroleum Council put it in 1972, changes in the climate would probably not be apparent “until at least the turn of the century.” The industry had enough urgent crises: antitrust legislation introduced by Senator Ted Kennedy; concerns about the health effects of gasoline; battles over the Clean Air Act; and the financial shock of benzene regulation, which increased the cost of every gallon of gas sold in America. Why take on an intractable problem that would not be detected until this generation of employees was safely retired? Worse, the solutions seemed more punitive than the problem itself. Historically, energy use had correlated to economic growth — the more fossil fuels we burned, the better our lives became. Why mess with that?

But the Charney report had changed industry’s cost-benefit calculus. Now there was a formal consensus about the nature of the crisis. As Henry Shaw emphasized in his conversations with Exxon’s executives, the cost of inattention would rise in step with the Keeling curve.

Wallace Broecker did not think much of one of Exxon’s proposals for its new carbon-dioxide program: testing the corked air in vintage bottles of French wine to demonstrate how much carbon levels had increased over time. But he did help his colleague Taro Takahashi with a more ambitious experiment conducted onboard one of Exxon’s largest supertankers, the Esso Atlantic, to determine how much carbon the oceans could absorb before coughing it back into the atmosphere. Unfortunately, the graduate student installed on the tanker botched the job, and the data came back a mess.

Shaw was running out of time. In 1978, an Exxon colleague circulated an internal memo warning that humankind had only five to 10 years before policy action would be necessary. But Congress seemed ready to act a lot sooner than that. On April 3, 1980, Senator Paul Tsongas, a Massachusetts Democrat, held the first congressional hearing on carbon-dioxide buildup in the atmosphere. Gordon MacDonald testified that the United States should “take the initiative” and develop, through the United Nations, a way to coordinate every nation’s energy policies to address the problem. That June, Jimmy Carter signed the Energy Security Act of 1980, which directed the National Academy of Sciences to start a multiyear, comprehensive study, to be called “Changing Climate,” that would analyze social and economic effects of climate change. More urgent, the National Commission on Air Quality, at the request of Congress, invited two dozen experts, including Henry Shaw himself, to a meeting in Florida to propose climate policy.

It seemed that some kind of legislation to restrict carbon combustion was inevitable. The Charney report had confirmed the diagnosis of the problem — a problem that Exxon helped create. Now Exxon would help shape the solution.