Could we deliver aid before a disaster strikes? 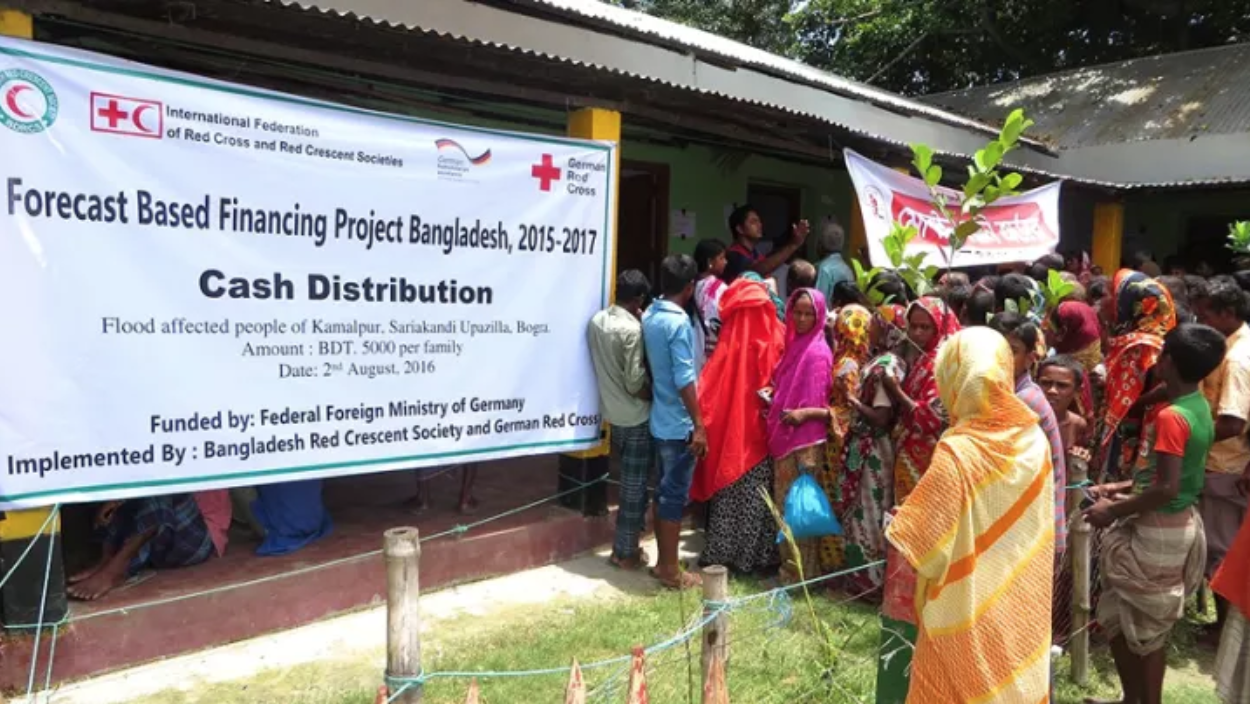 WASHINGTON — As a young expert in disaster risk reduction with the German Red Cross, Thorsten Klose-Zuber visited Bangladesh in 2010, where he witnessed the devastating floods that can occur when monsoons and tropical storms hit this overcrowded, low-lying country.

When floods inundate grazing land, smallholder farmers are often unable to feed their cows and have to sell them at cut-rate prices before fleeing with their families to higher ground. In some cases, they take out high-interest loans to transport their animals with them, and can end up indebted for years. International aid often follows, providing emergency food, shelter, and supplies to help people start rebuilding their lives after the waters recede.

Klose-Zuber, now a humanitarian aid official in Germany’s foreign ministry, was struck by how illogical it seemed. Why not provide help before disaster strikes, when you have a chance of preventing farmers from losing their most valuable assets — their animals — and of mitigating the need for a costly emergency response, he wondered. With modern weather forecasting, “you often have a window of opportunity of 10 days or two weeks” before a cyclone hits, he said.

This time could be used to “reduce risks in a targeted way: Evacuating people, providing hygiene training, and distributing cash.”

Klose-Zuber’s advocacy and that of others eventually paid off: In May, the Geneva-based International Federation of Red Cross and Red Crescent Societies announced the establishment of a new Forecast-Based Action Fund “designed to mitigate and even prevent the damage and trauma caused by natural disasters,” according to a statement. The fund has initial annual financing of 2.5 million Swiss francs ($2.5 million) from the German government.

Several national Red Cross societies have been experimenting with the approach in cooperation with IFRC since 2014, in small pilots in countries including Bangladesh, Mozambique, and Peru. In each country, the fund uses a combination of weather predictions and historical data to establish triggers for the automatic release of money for preagreed, early action plans.

For example, a combination of forecast rainfall combined with the level of a river at a certain point can be used to activate funding for downstream evacuations and the distribution of shelter kits for those who have been moved to safer ground.

“We think this is a game changer, not only for the Red Cross and Red Crescent, but for humanitarian action as a whole,” said Pascale Meige, IFRC’s director of disaster and crisis prevention, response, and recovery, in a statement.

In the Bangladesh pilot, that country’s Red Crescent distributed about $60 — the equivalent of one month’s average salary — to 1,039 households shortly before the flooding of the Bramaputra river last summer. IFRC says surveys it carried out after the event found that, by using the money to buy fodder or move their animals to safer locations, 40 percent fewer households lost, or were forced to sell, livestock compared to households that did not receive payments; and 50 percent fewer households took out high interest loans to cope with the floods. 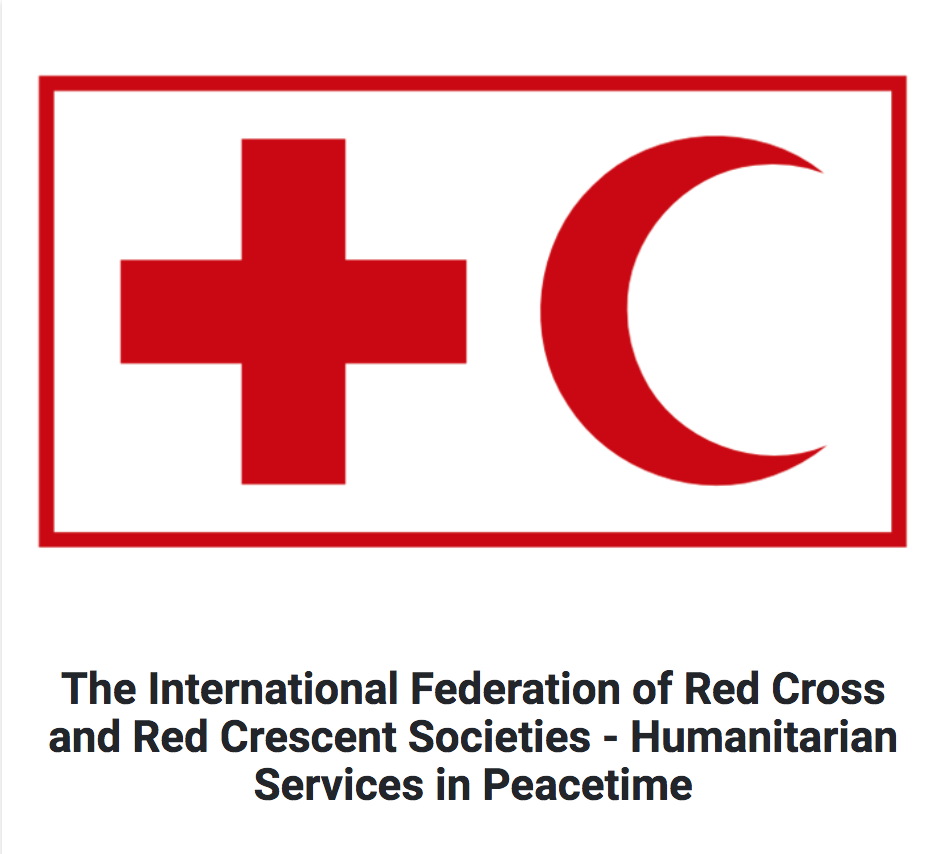 Currently, the Red Cross and Red Crescent societies of 19 countries are developing early action protocols, a condition for tapping into the new fund. Officials reckon it takes up to two years for a national society to work out the protocols for their specific situation and needs.

The move comes at a time of both growing demands and improving science.

“We’ve seen a massive rise in global humanitarian needs over the last 10 years,” said Klose-Zuber, in part due to increases in extreme weather linked to climate change. “At the same time, we see improvements in forecasting.”

A 2015 study looked at the impact of “early preparedness investments” by the United Nations Children Fund and the World Food Programme in Chad, Pakistan, and Madagascar a year earlier, including purchasing and prepositioning supplies, providing training, and contracting for local services.

It found that the total of $5.6 million spent on 49 early investments ended up saving an estimated $12 million that would otherwise have been needed to provide relief after disasters, resulting in a “return on investment” of 2.1. In other words, each $1 spent to prepare for a disaster saved more than $2 in postdisaster humanitarian spending. In addition, the study found that early spending reduced the time needed to deliver postdisaster relief by an average of more than a week.

Yet if using some relief funds before disaster strikes is so helpful, why is it rarely done?

For one thing, experts say even the best disaster forecasts are sometimes wrong — so one can never be sure the funds are going to the right people. Hurricanes can change direction at the last moment; rainfall, winds, or snowfall can be lower than predicted. Maarten van Aalst, director of the Red Cross Red Crescent Climate Centre in the Hague, and a proponent of forecast-based financing, estimates that the best forecasts of major events are right about 50 percent of the time.

Yet van Aalst and other supporters of the approach insist money used this way is not wasted, even if the worst does not happen. Well-conceived spending to bring in supplies, train civil defense or first aid workers, or provide cash handouts can make poor communities more resilient to further shocks.

During the Red Cross pilot in Peru, a strong El Niño forecast triggered the release of funds to help people in several rural areas. Three hundred families had the run-down roofs of their homes replaced with new, corrugated roofs before expected torrential rains. The storms were less severe than forecast, said Stefanie Lux, German Red Cross coordinator for the pilot projects — “but a year later, there was an unforecast El Niño” and “there was less damage in the areas where the roofs had been reinforced.” 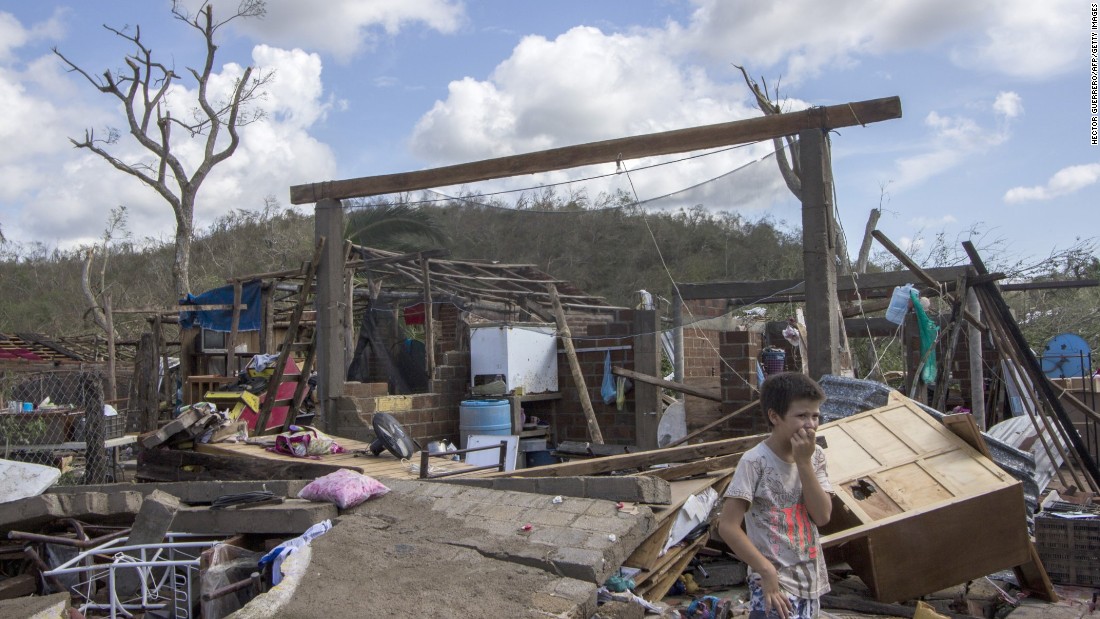 A further issue is that relief organizations often have no budget category for predisaster spending.

“They are not mandated to use the money for something that is not disaster relief,” said van Aalst. As the idea takes off, more formal spending categories could be created, driven by both operational groups and donors.

“Politicians get less political benefit from averting disasters than they get from rescuing people after a disaster has happened.”

Finally, “while forecast-based financing is perfectly sensible,” Owen Barder, a vice president of the Center for Global Development, told Devex, there are strong political disincentives against it. “Politicians get less political benefit from averting disasters than they get from rescuing people after a disaster has happened,” he said.

Interest in the approach is nonetheless gaining ground. While Germany and IFRC have been in the lead, various U.N. agencies, NGOs, and donor countries have been developing ways to incorporate the method into their humanitarian operations.

At a side event of the U.N. Economic and Social Council meeting in New York in June, U.N. Assistant Secretary-General for Humanitarian Affairs and Deputy Emergency Relief Coordinator Ursula Mueller said that releasing funds before disasters would “cut response time and costs.”

“[W]e must move to an anticipatory approach where we plan for the next crises, putting the response plans and the resources for them in place before they happen,” she said.

Sector experts say one of the clearest, large-scale examples of the life and death consequences of the issue was the 2011 drought across the Horn of Africa. It is estimated that 50,000 to 100,000 people perished, especially in Somalia, after the failure of rains for several seasons starting in October 2010 killed off their animals and crops.

A joint briefing paper put out by Save the Children and Oxfam said that “there were indications that a crisis was coming from as early as August 2010.” But with little media attention to the looming catastrophe, the international community, more used to responding to disasters than preventing them, did little.

The paper concludes that: “The scale of death and suffering, and the financial cost, could have been reduced if early warning systems had triggered an earlier, more substantial response.”

Building on the initial forecast-based financing pilots set up in 2014, the national Red Cross society in Ecuador has since last year been running a pilot of its own. In addition to testing early action for flooding, it has developed protocols to trigger the release of funds when emissions of dangerous levels of volcanic ash are forecast. The country has some two dozen volcanoes considered “potentially active,” and every few years people living nearby suffer harm to their health and livelihoods from falling ash. Its abrasive and acidic qualities cause respiratory problems and occasionally blindness in people, and harm or kill grazing livestock.

Under the pilot, the Red Cross has a set of actions it will take when the National Polytechnic School in the country’s capital, Quito, determines that dangerous levels of ash emissions are imminent. “There is usually a warning of days, weeks, or even months,” said Alejandro Terán, the Ecuadorian Red Cross official who coordinates the pilot.

Actions include educating people in Spanish and Quechua, the language of the indigenous Inca population, about the dangers of the ash; prepositioning supplies including face masks, goggles, and tools and tarps to construct animal shelters; and providing cash payments to help affected people move their families and their animals to safe locations.

The innovative approach can have “a great impact,” said Terán, by helping protect people’s health and livelihoods, in place of the traditional approach of bringing aid after the damage has been done.