In many villages in Southern Zimbabwe, farmers have lost cattle and crops in the severest drought that has hit the country since 1998.

Midway through the farming season, the fields around the village are normally green at this time of the year but now they lie barren. Local people, who should be looking forward to the harvest in late March, are instead awaiting its failure and wondering how to make do with meagre supplies of food aid.

“This season is very bad if we want to compare with the other seasons like last year. Last we received some rains and our communities managed to plant something in the ground but this year it’s a bad year,” said Promise Makoni, Programme Manager, Mwenezi Development Centre. 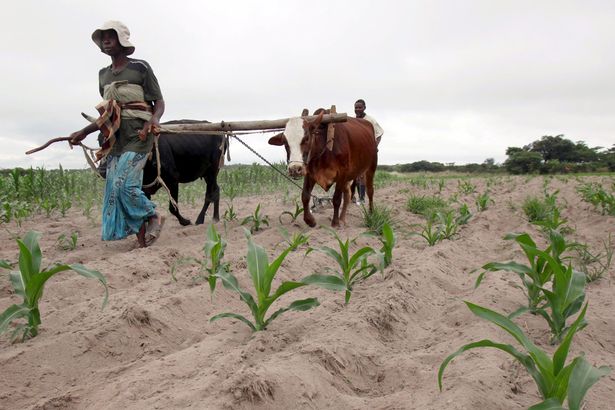 “If we had dams and irrigation systems this area could have been spared from this drought. The rains have been very erratic”

According to the United Nations World Food Programme (WFP), over 1.5 million people who make up about 10 percent of the total population in Zimbabwe are facing hunger.

A report released by the same agency links the drought to the exacerbated El-Nino weather patterns which has affected countries in the southern Africa region.

Agriculture is critical to Zimbabwe’s economy, generating 30 percent of export earnings and contributing 19 percent to GDP. But a vast majority of the farmers mostly depend on rainfall as they cannot afford to have irrigation schemes from the high costs.

“If we had dams and irrigation systems this area could have been spared from this drought. The rains have been very erratic,” said Luckson Mabvongwe, a Mafomoti resident.

Most villagers such as those in Mofomoti have now resolved to selling their cattle at a relatively cheaper price. Some even trek for 100 kilometers to South African border to look for food.

“It’s very tough. Most households are going to collapse, children will drop out of school because of hunger. Most people will opt to go to South Africa to look for food because not all of us will benefit from this food assistance but if the World Food Programme increases the number of beneficiaries it might help,” said Josphat Ngwenya, the local chief.

WFP warns that the drought is likely to damage harvests across southern Africa and says about 14 million people are at risk.