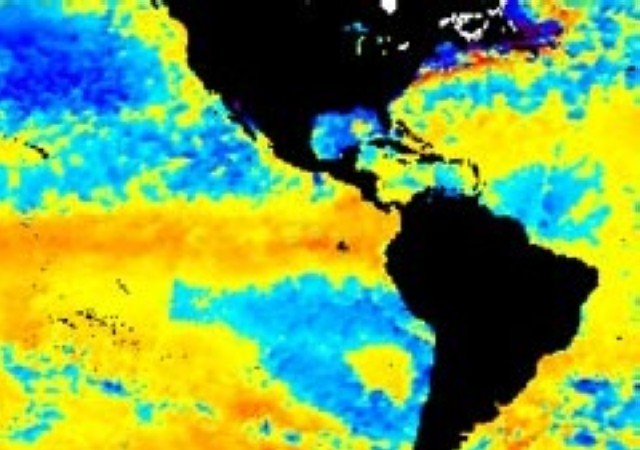 PEORIA, Ill. — With Midwest soils not completely frozen and large amounts of rainfall in December, El Niño is living up to its name and tradition.

“The El Niño tends to be a Christmas event. That’s how it got its name. If you speak Spanish, you know that ‘El Niño’ means ‘little boy.’ … In other words, it refers to the Christ child,” said Elwynn Taylor, ag meteorologist from Iowa State University.

Taylor gave a climate and weather outlook presentation at the Greater Peoria Farm Show in Peoria.

He said that the pattern of an El Niño, which means wetter, cooler conditions for the U.S. Grain Belt, being followed by a La Niña, bringing hotter and drier, even drought, conditions, doesn’t always occur.

“La Niña doesn’t always follow an El Niño, but we don’t know what the case is following a strong one. Some people think it’s like a pendulum. The pendulum is here and you let it go and it will swing back and be a strong La Niña. With that logic, we’re headed for trouble with this El Niño ending,” he said.

Taylor may have sent a shiver down the spines of those old enough to recall the winter of 1987 — and what followed.

“It’s a mirror so far, a very strong El Niño. We went into 1988 with full confidence because we had good subsoil moisture all over the Corn Belt. We thought, ‘We’re headed for a good year,’ and then it cut off early and it cut off hot as we swung from an El Niño into a strong La Niña,” he said.

However, Taylor warned that a cycle needs to occur more than once for it to be a legitimate scientific event.

He also advised those who keep an eye on the National Oceanic and Atmospheric Administration’s drought maps on what to look for — and disregard.

“First on the drought map, don’t pay too much attention to the mild areas. When it gets to the center three categories, start paying attention to the harsh two, where you’re really in serious drought,” he said.

“Pay attention to the ‘S’ and the ‘L’ — long term and short term. Short term usually means there’s water down where the roots can get it still,” he said.