Part 1: A Voice From the Front Lines of El Niño in Kenya 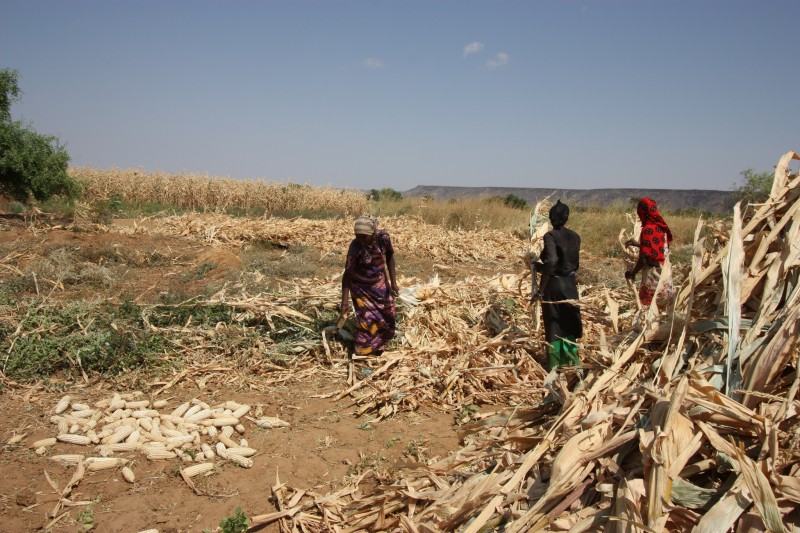 In the arid and dry region of Isiolo in Kenya, a new irrigation scheme has been set up to help communities to learn and adopt new ways and to find an alternative to livestock keeping in order to diversify sources of income to attain self-reliance and resilience to recurring droughts.
EU/ECHO/Martin Karimi. CC BY-ND 2.0

In this two-part series, young voices from Kenya share their struggle and hopes, as the devastating drought pervading the Horn of Africa was followed by unusually heavy rains, in a world that is warmer now than any time in recorded history.

The testimonies in this series were collected by the Climate Impacts Program at 350.org, an organisation building a global climate movement, and are published on Global Voices as part of a content-sharing agreement.

Part one is written by Kay Seven, a performing artist from the Kajiado County, not far from the Tanzanian border.

Kenya is a drought-prone country, primarily because of its peculiar eco-climatic conditions. Rainfall patterns, especially rain failure or erratic rainfall are frequently the cause of natural disasters, where rural livelihoods continuously struggle to adapt.

Though not located in the north-eastern part, usually the most impacted by drought and flooding, Kajiado County has suffered this year above-average rainfall from El Niño phenomenon. After critical dry conditions, we have started experiencing rainfall in our district. With enhanced rainfall, we are expecting our crops to grow well. However, we are concerned that too much rainfall can cause devastating damages to our crops. 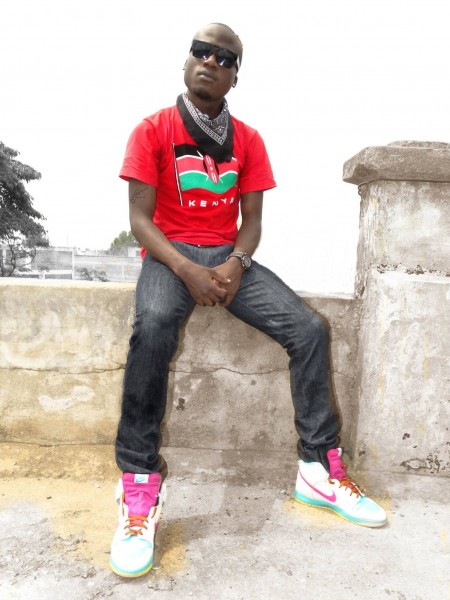 Kay Seven, a performing artist from the Kajiado County, not far from the Tanzanian border, describes some of the effects of the prolonged drought in his community. Photo: Kay Seven

Last year, Kenya’s meteorological department warned that parts of the East African country may see above-average rainfall from El Niño during the October-to-December rainy season. The heavy rains were detrimental for flood-prone areas and coastal lowlands but in a certain way helpful for parched farmland and pastoral communities west of the country.

East Africans and large communities across the Horn of Africa have already suffered this year from torrential rains and droughts, which experts said could be linked to the evolving El Niño. Meanwhile, floods in northwestern Tanzania killed dozens and left hundreds homeless. The severe weather also killed livestock and destroyed crops of maize and cotton.

Some communities in Kenya, Ethiopia, South Sudan, Tanzania and Somalia are still recovering from previous El Niño events; particularly the one of 1997-1998 which left victims estimated at 2,000 people and triggered widespread animal disease outbreaks. The Horn of Africa was also hit by a severe drought in 2011-2012 which led to dire food insecurity that threatened the livelihoods of over 10 million people. An estimated 260,000 people, half of them children, died from famine in Somalia, which was one of the worst-affected areas.

In a region that has been regularly exposed to effects of extreme weather events and is experiencing El Niño in a more frequent way, it is imperative for locals to get adequately prepared in order to increase their resilience capacity. It is a matter of survival for about 80% of the populations made of farmers and pastoralists communities whose well-being and income largely depend on the stability or not of the climatic patterns.

“We are losing young lives due to pest diseases, malnutrition and famine. Our food security is more and more threatened while our economy is severely affected. Worse, the long periods of drought have caused repeated conflicts between farmers and pastoralists fighting for the scarce resources.” –Words from a song by Kay Seven

In the midst of the crisis, the local government has come up with a series of strategies to curb drought effects and support the most affected communities. Those strategies include a food storage programme in counties, the formation of small groups called Sacco (a framework where farmers are exposed to farming education and training), increased modern irrigation and reforestation programmes.

While these efforts have not yet produced tangible results, communities do not lose hope. They believe in the action and solidarity spirits from bottom up to face such disasters and build stronger and resilient communities that are capable of ensuring food security for all and restoring an ecosystem life free from droughts and famine. Though the challenge is still big, the Kajiado community is determined to embrace renewable energy and resist the development of fossil fuels while strengthening its disaster preparedness. In the words of a song of mine:

“We have a responsibility to ensure whoever gets in the womb next gets a better place to spend the rest of his or her life when they are born. We can ensure decline in mortality rate due to famine, flooding or any climatic deserters by becoming responsible in our communities. Let’s join hands, let’s do this…if we join hands we can do this.

Mwenda tezi na Omo,Marejeo ni Ghamani [in Swahili, meaning ‘We can run as much as we can from our problems, but we will always go back because we didn’t take time to solve them’]”.