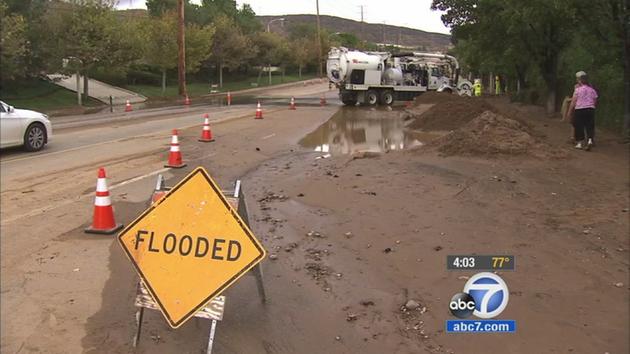 Californians in flood-prone areas are being warned to buy their insurance now.

Californians in flood-prone areas are being warned to buy their insurance now.

The Federal Emergency Management Agency, or FEMA, says most homeowners at risk don’t have federal flood insurance. And once El Nino pounds the state with heavy rains, it will be too late.

“This is like deja vu all over again. It’s a replay of the last big El Nino,” said Bill Patzert with NASA Jet Propulsion Laboratory.

Government agencies, including NASA and FEMA, are sending out an urgent message for all citizens to be prepared to be first responders in the event of a flood.

Simply put, that means having an emergency plan for your family, using community resources and possibly throwing a block party.

“It helps you identify who are the vulnerable populations, who has the pets. We’re actually doing a barbecue to entice people to show up,” said Chris Ipsen with the City of Los Angeles Emergency Management Department.

The key is to know your neighbors and be ready with an evacuation plan should flash flooding occur.

This season’s storms could be historic. According to the Los Angeles County Office of Emergency Management, the 1980’s El Nino spawned a tornado. Storms in the late 1990s forced 2/3 of counties in California to be declared federal disaster zones.

“It’s amazing how similar things are developing with this El Nino in comparison with ’97-’98,” said Patzert.

Local officials stress practical steps like clearing gutters and drains. And for those family members who aren’t as phone savvy, giving them a plan to use their cellphones just in case they’re alone.

“What they will probably need to do is find a family member to pre-program some text messages into their phones. Then that way all they have to do is scroll to it and hit that message, ‘I’m OK’ or ‘I need help,'” said Leslie Luke with the L.A. County Office of Emergency Management.

FEMA also says this is the year to purchase flood insurance. Agents say policies average $200 to $700 a year.