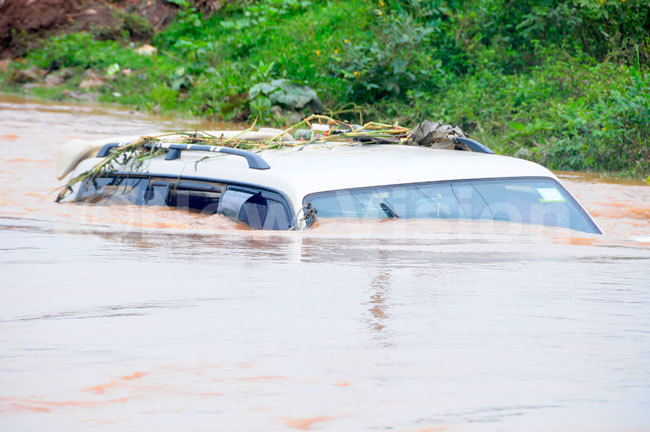 THE ministry of health has announced mitigation measures to curb disease outbreaks that El- nino rains are likely to cause in various parts of the country.

In line with a Disease Outbreak Preparedness Plan developed by the ministry, working with the Office of the Prime Minister, the ministry has appealed to districts to increase disease surveillance due to expected upsurges of epidemics related to rainy season, a statement issued by the Permanent Secretary, Dr. Asuman Lukwago said.

He warned that the negative effects of the El Nino rains are likely to cause health hazards to hundreds of households in the Rwenzori region, citing the districts of Bududa, Bulambuli, Manafwa, Sironko, Mbale, Butaleja, Tororo, Kapchorwa, Bukwo, Kween, Kasese, Budibugyo and Ntoroko.

The measures follow warnings by the Uganda National Meteorological Authority, IGAD Regional Climate Application and Prediction Centre and the World Meteorological Organisation that Uganda and other East African Countries would experience an El Nino episode from late October 2015 to February 2016.

The report warned that this year’s El Nino will be stronger than the one of March 2010 which buried over 150 people and a Health Centre in Bududa District and the one of 2006 which flooded many villages in Teso and Lango sub-regions.

According to the report, the El Nino is expected to cause flooding, extensive erosion and mudslides with loss of lives, destruction of homes and food supplies at varying levels in some districts. There are high possibilities of massive flooding, landslides, destructive windstorms, lightening, destruction of feeder roads, washing away of small-bridges and culverts, roofs of many village homes getting blown-off and rotting of root crops.

“Some Health facilities are likely to be damaged and many pit-latrines will be flooded in the affected districts. The incidence of infectious and non-communicable diseases such as Malaria, Cholera, Asthma, Typhoid, Bilharzia, Dysentery and acute respiratory infections will raise to outbreak levels in about 33 of the 112 districts,” Lukwago warned in a statement issued over the weekend.

This, he said, would lead to increased demand for health services. Currently, he said, more than 100,000 people (12,500 households) are at a risk of landslides in the Mt. Elgon and Rwenzori sub-regions.

He noted that the Disease Outbreak Preparedness Plan has been integrated into the National El-Nino Preparedness and Contingency Plan coordinated by the Office of the Prime Minister (OPM).

The ministry also called on the districts to intensify heath education and awareness campaigns emphasising the use of mosquito nets, slashing bushes, disposing open containers, filling open pits around homes, draining of stagnant water to reduce malaria and other infectious diseases.

The districts were also asked to intensify health inspection in all communities, especially in the high risk areas, map out high risk areas for emergency intervention and open up all rain water drainage sources.