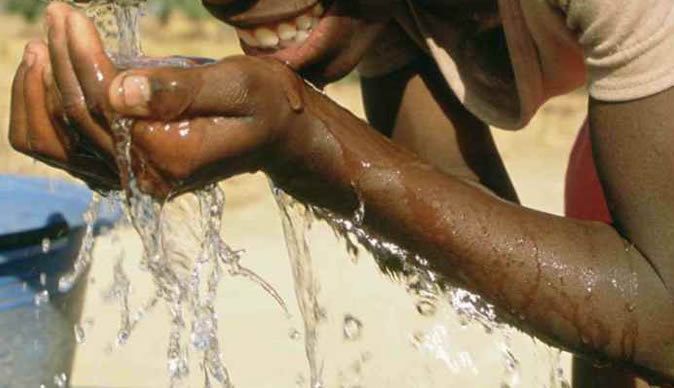 Weather agencies worldwide have said the evolving El Niño, a warming of the equatorial Pacific Ocean, may turn 2015 into the strongest on record. -© UNICEF 2015

A potentially record-breaking El Niño brewing in the tropical Pacific Ocean will soon hit southern Africa with Zimbabwe included. But a majority of communities are not sure how to prepare. The weather phenomenon has increased in variability in recent years, making it difficult to predict its devastating impact. The climate system’s abundant rainfall may bring much-needed relief to some farmers but shortages will inevitably result in a devastating drought.

Previous El Niño events in Zimbabwe (1997/1998) have devastated crop yields and killed livestock, forcing some people to leave their families behind in search of a more reliable income, experts and meteorologists have said. The weather crisis has seen food shortages and soaring food prices, which has forced food out of reach for many and pushed poor households into poverty.

Staple prices were at 68 percent over the five-year average in July 1999, including increases of up to 70 per cent the following year, according to figures from the United Nations.

“The storms are changing,” says the FEWSNET website. “In some years, it looks like El Niño is leading to above-average rainfall in some places and, in other places not too far away, leading to more drought. That kind of dichotomy is getting even more exacerbated in the future.”

Weather agencies worldwide have said the evolving El Niño, a warming of the equatorial Pacific Ocean, may turn 2015 into the strongest on record. Local governments in August were urged to prepare for the coming drought/floods.

The waxing and waning of rainfall in Zimbabwe and the region in recent years has been attributed to both El Niño and La Niña, the cooler counterpart of El Niño that produces opposite climate variations as part of the broader El Niño-Southern Oscillation.

The weather phenomena and their impact are becoming harder to predict. A 2013 analysis (Article) of climate records revealed the magnitude and frequency of El Niño events were more variable during the 20th century than, on average, the preceding 7,000 years. A 2014 study in the journal Nature Climate Change said the infamous climate pattern could double in frequency in coming decades because of global warming.

“It used to be that in Africa, El Niño was associated with the above-average rainfall, flooding and landslides, and then that would be followed by drought or vice versa. But now, it’s really unpredictable,” Zimbabwe Meteorological Department said. “It looks like it’s two different events that are happening, but it’s really due to the same thing, which is a lot more heat and energy in the atmosphere and a lot more extremes.”

The El Niño of 1997-1998 was the worst in modern records for Zimbabwe. It left swaths of the lowveld underwater and killed a number of people. It also triggered widespread waterborne disease outbreaks.

For women and children the effects of El Nino will be overwhelming.  According to a 2014 Inter-American Development Bank Study on the effects of El Nino on children it showed that children exposed to severe floods or drought in utero, especially during the third trimester, are shorter in stature five and seven years later. The study also concluded that children affected by El Nino score and most have with low birth weight. Furthermore, households affected by El Nino suffer a decline in income, total consumption, and food consumption in the aftermath of the shock. Moreover, exposure to El Nino floods decreases the duration of exclusive breastfeeding and increased the duration of non-exclusive breastfeeding.

Inadequate water supply, food insecurity, increased school dropout rates and increased negative coping strategies will also be another result of the El Nino. There is urgent need to enhance the resilience of communities in order to get access to critical services so that the effects of the El Nino will not be shattering.