El Nino will not likely hurt anchovy catches in Peru-industry 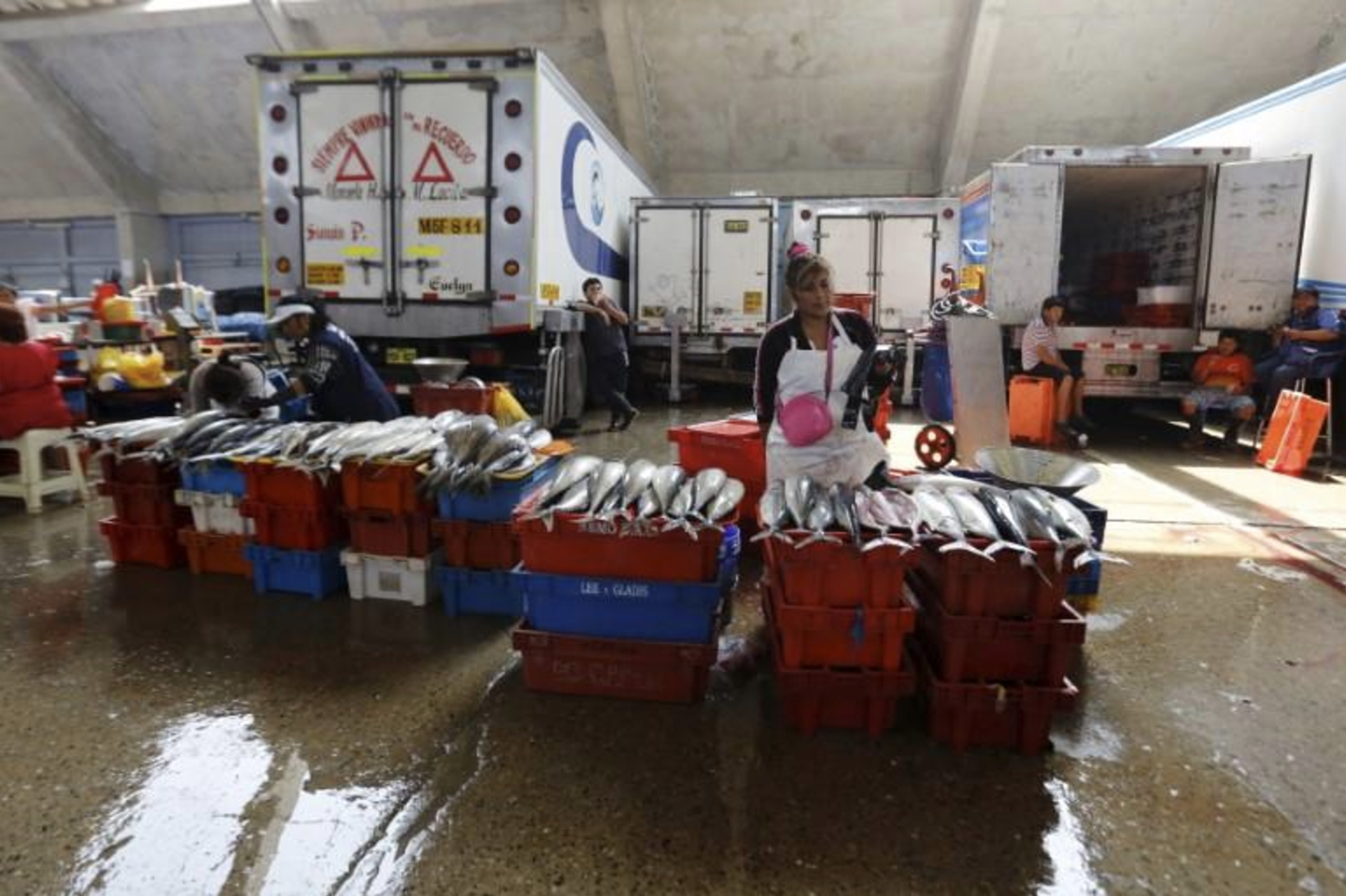 FILE PHOTO: A woman sells fish at the fish market of Villa Maria del Triunfo, on the outskirts of Lima, March 30, 2015.
Mariana Bazo

LIMA (Reuters) – The localized El Nino phenomenon that has unleashed deadly downpours in Peru is unlikely to threaten an expected rebound in anchovy captures this year, the head of a fishing industry group said on Tuesday.

Elena Conterno, the president of the National Society of Fishing, said that the cold-water anchovy – used to make fishmeal – can swim well below the surface of waters off of Peru’s Pacific coast that have warmed abruptly this year.

Past El Ninos have squeezed the fishing industry in Peru, the world’s biggest fishmeal producer, because anchovy often scatter in search of cooler currents.

“The warming of the water is superficial and we’re now seeing an interesting cooling pattern and an increase in key winds,” Conterno said.

A research ship will take a closer look at anchovy fisheries in April, Conterno added.

Peru’s central bank on Friday lowered its forecast for this year’s anchovy catch by 1 million tonnes to 3.62 million tonnes, citing the risk of the El Nino disrupting breeding.

Conterno declined to offer an estimate for this year’s catch, but said it would likely be better than the 2.7 million tonnes of anchovy caught last year when the fishing season had to end prematurely to protect a surge in young fish.

The El Nino weather phenomenon is a warming of the Pacific Ocean waters off the western coast of central South America along the equator. It can cause extreme weather conditions such as droughts and flooding in numerous regions around the world.

Peru has said that it expects El Nino conditions off its coast to stretch into April, potentially wreaking more havoc in central and northern Peru. Rain-related incidents have killed dozens and displaced more than 110,000 in recent weeks.

The next fishing season for Peru’s center-north coast, where most anchovy is caught, is expected to start in April or May, said Conterno.

Peru is home to scores of fishmeal factories that rely on anchovy catches to operate. A bad fishing season can trigger a contraction in Peru’s manufacturing sector.