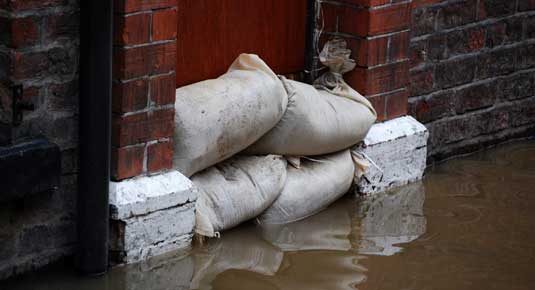 Sandbags are used to keep flood waters out of residents homes

STOCKTON — It may have been 100 degrees in and around Stockton on Friday, and talk likely focused on heat and drought as people gathered around the water cooler at work or in community gathering spots.

But for the San Joaquin County Office of Emergency Services, it was another day to prepare for flooding.

With dire predictions of potentially extremely wet conditions this winter because of a strong El Niño, preparing for the floods everyone hopes won’t occur is time well spent, officials said.

Michael Cockrell, OES executive director, said he has met with representatives from the five Delta counties as well as several levee maintaining agencies to review and develop emergency response plans.

With a $1.7 million grant from the California Department of Water Resources awarded last November, Cockrell said the OES is working with Lodi, Lathrop and Manteca to ensure their emergency response plans are up-to-date and will soon begin working with other cities and communities in the county.