Climate researchers from America’s National Oceanic and Atmospheric Administration (NOAA) have revealed that 2015 has broken records as the earth’s hottest year and the global scorching weather conditions are forecast to continue. 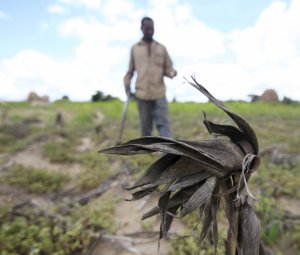 According to the NOAA Annual Global Analysis for 2015, last year’s sharp spike in temperatures were due to the strong El Niño weather pattern late in the year, which caused ocean waters in the central Pacific to heat up.

“During 2015, the average temperature across global land and ocean surfaces was 0,90 degrees Celsius above the 20th century average,” read the report.

“This was the highest among all years in the 1880-2015 record, this is also the largest margin by which the annual global temperature record has been broken.”

Researchers have raised fears that the impact of El Nino would reach alarming levels this year, with the NOAA report predicting that the average surface temperature around the planet was likely to be higher.

Director of the Goddard Institute for Space Studies at NASA Gavin Schmidt said in the report: “2015 was by far the record year in all of the temperature datasets that are based on the instrumental and surface data and because a strong El Niño still is in place, 2016 is expected to be an exceptionally warm year, and perhaps even another record.”

In Zimbabwe, the Meteorological Services Department (MSD) confirmed the record temperatures and forecast a poor rainfall season this summer.

The extreme temperatures forced most rural communities across the country to fast-track burials due to early body decomposition.

The year also saw a number of Air Zimbabwe airliners failing to land at runways following extreme temperatures which exceeded the prescribed 40 degrees Celsius required for landing and take-off purposes.