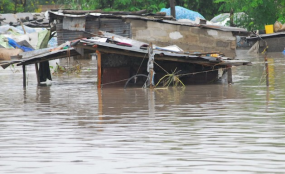 One of the strongest and wettest El Ninos will soon pummel East Africa, bringing heavy rains, floods and malaria. The prospect of a record-breaking El Nino is worrying since the 1997 weather killed many people in Kenya, and left hundreds homeless.

Scientists say the condition, experienced across the world, could be the strongest since the 1950s. Weather experts from East Africa will meet in Dar es Salaam next week to discuss likely scenarios and disaster response. Weather agencies worldwide have confirmed El Nino is on the way.

The Kenya Meteorological Department deputy director Ayub Shaka yesterday said Kenyans should wait for the report from next week’s meeting in Dar es Salaam. “After that meeting, any update on El Nino will be given together with the three-month seasonal forecast,” he told the Star.

Forecasts across the world show a high likelihood of El Nino strengthening from next month, and spilling over to early 2016. The World Health Organisation and the International Research Institute for Climate and Society at Columbia University warned a malaria outbreak is likely in Kenya because of the wetter and warmer weather.

“It will be important to monitor rainfall and associated flooding and minimum temperatures, given their impact on malaria outbreaks,” says an alert by WHO.