How Nairobi Residents Should Prepare for El-Nino 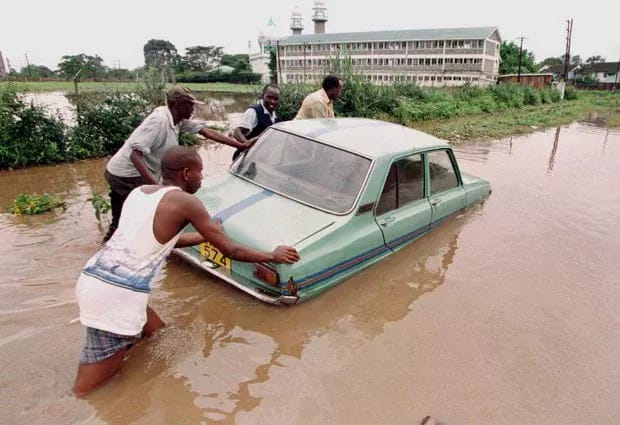 Nairobi County Governor Evans Kidero has asked property owners and residents to take urgent measures to mitigate the effects of the impending El Nino rains that are expected to be worse than the 1997 ones.

Kidero has issued a notice advising property owners and residents in Nairobi on some of the measures that they should undertake to avert the tragedies that the expected El Nino is likely to cause in the city and the country at large.

“Given the expected magnitude of the risks expected, there is  need to involve and partner with all residents and property owners in ensuring  maximum preparation prior to and during the El-Nino period in order to mitigate the impact of the El-Nino phenomenon,” Kidero says in the notice.

Among the measures he wants taken by property owners before the rains come include removing all siltation and other deposits in the open drains, adjacent or within their respective premises.

He has also advised residents and property owners to clear all shrubs which have potential to occasion blockages and/or free flow of water.

The governor says that such works will not need prior authority and that this will be done at the expense of property owners and residents.

Experts have warned that the impending rains are likely to wreak havoc and that major steps should be taken to mitigate the effects.

Possible landslides are also predicted in areas including Mathare, Dagoretti and river banks along slum areas.

This latest report comes after the Nairobi county government issued a list of hot spots where the effects of the El Nino will be severe.

The official opposition in Kenya has already advised the government on the steps to undertake to avert any dangers that the El Nino rains may pose.

Experts have warned that the 2015 El Nino will be worse than the 1997 one which claimed more than 300 lives  and destroyed property worth billions of shillings.