Extreme El Niño events that can cause crippling drought in Australia are likely to be far more frequent even if the world pulls off mission improbable and limits global warming to 1.5C.

International scientists have released new modelling that projects drought-causing El Niño events, which pull rainfall away from Australia, will continue increasing in frequency well beyond any stabilisation of the climate.

Even if warming is limited to 1.5C – something scientists have warned is unlikely if not impossible – the modelling suggests Australia will face more frequent drought-inducing weather events. 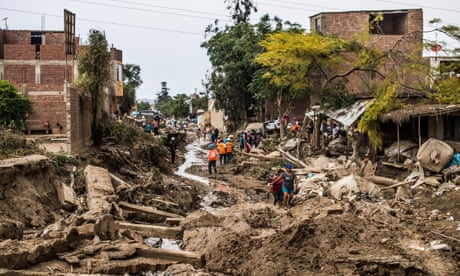 The risk of extreme El Niño events would not level off even if the climate was stabilised, CSIRO researcher and lead report author Dr Guojian Wang said.

“This pulls rainfall away from Australia, bringing conditions that have commonly resulted in intense droughts across the nation,” said Cai, director of the Centre for Southern Hemisphere Oceans Research.

“During such events, other countries like India, Ecuador and China have experienced extreme events, with serious socioeconomic consequences.”

The global Paris climate change agreement seeks to limit global warming to below 2C, a target intended to avoid the worst impacts of climate change.

But the Paris deal, recently abandoned by the United States, also set an aspirational target of 1.5C – a demand from the most vulnerable countries, including low-lying island nations in the Pacific.

Dr Scott Power, head of climate research at the Bureau of Meteorology, said most small island states in the Pacific had a limited capacity to cope with major floods and droughts, and the latest modelling was very bad news for them.

“To make matters worse, our recent study published … indicates that the risk of major disruptions to Pacific rainfall have already increased. And unfortunately, these El Niño-related impacts will add to the other challenges of climate change, such as rising sea levels, ocean acidification and increasing temperature extremes,” he said.

The latest research on the El Niño risk has been published in the journal Nature Climate Change.