India: a turbulent tale of rivers, floods and monsoons 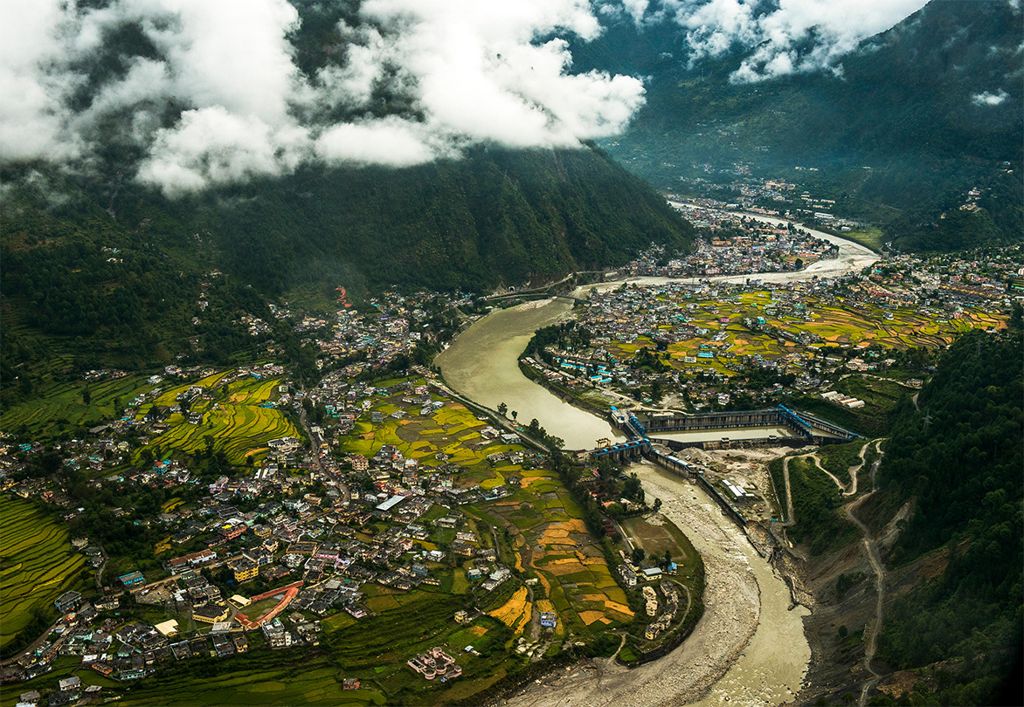 The Tehri Dam on the Bhagirathi River, a headstream of the Ganges, in India. Credit: Peter McBride/NGC/Alamy

The Indian novelist Amitav Ghosh remarked on a singular cultural gap in his 2016 book The Great Derangement. Environment and climate, he noted, are almost completely ignored in contemporary literary fiction — at precisely the moment they have become major agents of social and political transformation. The same might be said of much twentieth-century historical scholarship: the narratives tend to focus on issues such as urbanization, migration and identity. Now, in his stimulating, urgent Unruly Waters, historian Sunil Amrith strives to redress that imbalance.

His focus is the Indian subcontinent, dominated by the monsoon, climate extremes and the great Himalayan rivers, such as the Indus, Ganges and Brahmaputra. It’s a tale of drought, flooding, famine, water management and mismanagement — and, looming over all these today, the uncertain consequences of climate change. Water, Amrith shows, infuses Indian culture, influencing political and economic stability, creating inequality and hardship, and acquiring a symbolic charge. (This is evident, for instance, in both Mehboob Khan’s 1957 cinematic epic Mother India and the environmental activism of writer Arundhati Roy.)

Much of India’s recent history of water resources is a tale of how they were handled under British rule. During the drought-induced famine of 1873–74 in Bihar, in the northeast, the government imported rice from Burma (now Myanmar) and averted crisis. But in 1876–78, the British Raj’s response to a drought on the Deccan Plateau and in northwest India was woeful in terms of both preparatory measures and famine relief. Amrith’s judgement on this imperial legacy is strikingly relevant today. As he puts it, the Raj effectively undermined local resilience by allowing capitalistic and free-market practices such as taxes on land and produce, and insisting on open markets that drew food away from where it was most needed.

The British colonial governors were convinced that they could engineer Indian modernity. Between 1885 and 1940, the government built a network of irrigation canals in the Punjab to turn “waste” land into cropland, creating prosperous “canal colonies” such as the Chenab settlement. These hydro-engineering schemes altered India’s economic landscape while producing a winner-takes-all scenario. “The control of water as well as control of credit concentrated land in fewer hands,” further disenfranchising the rural poor, Amrith writes.

This is just one demonstration of how water management demands holistic thinking. Rivers and waterways do not abide by political borders. The 1947 partition, in which the subcontinent was summarily split into India and Pakistan by the withdrawing British, divided the waters as well as the land and the population. Disputes between the two nations about control of the Indus were among the earliest ‘water wars’ on the subcontinent, which persist today. Several stem from huge hydro-engineering projects planned for rivers in the Himalayan regions of India, Nepal, Bhutan and Pakistan, which would create 400 dams — roughly 1 every 32 kilometres. China, too, has a major stake in this game, with its plans to dam the Tibetan headwaters of the Brahmaputra.

Unruly Waters is an interesting counterpart to studies of water’s role in the history of China (my own included). There are as many contrasts as similarities. India does not have quite the stark wet south–dry north climatic division seen in China; nor are its rivers so strategic for trade and conquest. Rather, India’s situation shaped its prospects: it is flanked by concave coasts and, after 1869, was accessible from Europe through the Suez Canal. China’s climate is also less in thrall to monsoon conditions.

India lacks China’s quasi-mythical narrative of civilizational continuity maintained by imperial dynasties. Nor does it have a long history of state-controlled hydro-engineering to exploit the major rivers and to build canals and reservoirs for trade, military transport, water storage and irrigation (A. Janku Nature 536, 28–29; 2016). These two factors — the symbolic and practical value of waterways — are surely connected, even if not in the simplistic and eurocentric idea of “oriental despotism” founded on “hydraulic civilizations” that Marxist historian Karl Wittfogel proposed in the 1950s. The extensive canal building in India occurred mainly under British rule in the nineteenth century, when the use of canals for transport and trade already faced competition from the expanding railway network.

So although Amrith makes a persuasive case that rains, rivers, coasts and seas shaped the history of India as much as they did that of China, they did so in different ways. That is reflected in the fact that mastery of water in India has never been closely linked to a ‘heavenly mandate’ of state authority, as it has in China. Understanding those distinctions — and perhaps the equally marked differences in water’s role in the Middle East — might offer a broader understanding of how history and environment entwine.

Lurking behind these questions is the issue of how far science and technology can help us to understand and manage nature. Modern meteorology can be said to have begun with the British colonial government’s efforts to predict the monsoon, although that particular goal is still challenging. (The sensitivity of the monsoon to patterns of global climate such as the El Niño–Southern Oscillation are only now becoming understood.) It’s ironic that, just as weather science has started to yield dividends, the impacts of technological advance itself have made it urgent that we develop a longer-term forecast.

In India and China in particular, climate change is complicating the centuries-old struggle with water. Global warming is expected to intensify monsoons, increase weather variability, raise sea levels and melt glacial reservoirs. At the same time, the precipitous modernization and socio-economic development of both countries has exacerbated pollution, over-use and inequalities of access — as potently symbolized in the despoliation of the Ganges.

That’s why histories of this kind are needed more than ever. Political, economic and historical discourse cannot just linger on statecraft and strategy, alliances and migrations, trade and war. Increasingly, the environment is central — and its role needs to be understood not through sweeping, Wittfogel-style theses, but with the kind of attention to local detail and nuance that Amrith exhibits.

He is right to assert one general lesson about water management. He writes that it has never been solely a question of technology or science that can be solved within political borders. The unruliness of water means that the business of working with it is “deeply inflected with cultural values, with notions of justice, with ideas and fears about nature and climate”.