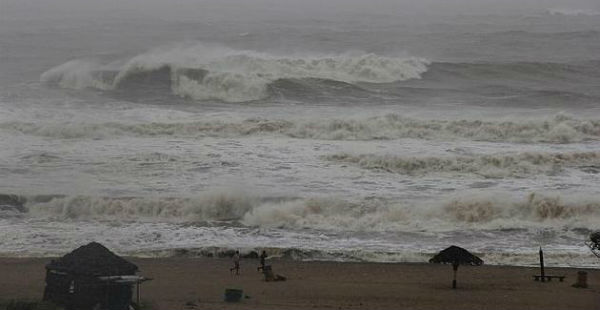 ENSO neutral conditions are present in the Pacific Ocean. The equatorial sea surface temperatures (SSTs) continue to be near-to-above average across most parts of the Pacific Ocean, especially Niño 3.4 that is a deciding factor for declaring El Niño. Here’s a look at the recent Nino Index (in °C):

El Niño conditions are declared when the Oceanic Nino Index (ONI), which is three months running mean of SST (Sea Surface Temperatures) anomaly in the Nino 3.4 region, is more than or equal to 0.5°C for overlapping 3 months for five consecutive episodes. The most recent ONI figure i.e. for AMJ (April-May-June) stands at -0.1°C.

Niño indices have shown a dip as compared to the previous week readings but such marginal variation are commonly seen. Thus, for concrete conclusions, these indices need to be looked for a longer period of time.

In fact, with the chance for El Niño which was around 50% two weeks before, has now again increased to about 65% during fall and to about 70% during winter 2018-19.

The average value of oceanic Niño Index (ONI) taken over a period of three months for the last four consecutive episodes are as follows:

The latest ENSO projection is as shown in the diagram below: 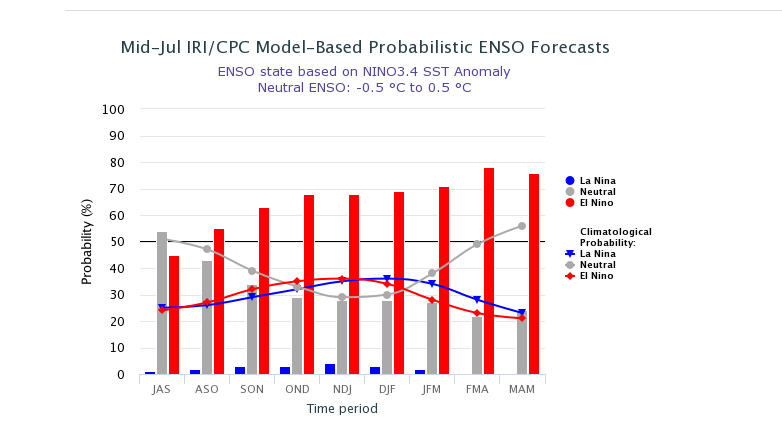 Please Note: Any information picked from here must be attributed to skymetweather.com