By admin on January 14, 2018 • ( Leave a comment )
Ida Sem Fossvik|Published 05. Nov 2017
The last El Niño phenomenon brought droughts and floods that increased humanitarian needs around the world. NORCAP experts have worked in some of the hardest hit areas, putting preparedness in the priority seat, to increase national and regional ability to cope with future events.

“We started planning for El Niño in early 2015. Everybody knew it was coming and that the consequences would most likely be severe,” says Astrid Tveteraas. As Project Manager for Climate and Resilience, she has led the response from NORCAP’s Head Office.

“Our priority, in addition to providing the needed emergency response, was disaster risk reduction and preparedness, in order to be ready for the next event,” she continues.

The El Niño phenomenon is a change in global weather conditions caused by the warming of parts of the Pacific Ocean. It occurs every two to seven years and usually leads to increased humanitarian needs in affected regions.

The latest event, in 2015 and 2016, with effects spilling over into 2017, saw affected areas as far between as Africa, Asia, Latin-America and Southern Pacific islands.

NORCAP’s response to El Niño has been far-reaching. We received several requests for support at a very early stage, because the humanitarian and development sectors were largely able to plan ahead and let us know what we needed. But Tveteraas says delays in funding from donors resulted in a slow start.

“Thanks to our flexible frame agreement with the Norwegian Ministry of Foreign Affairs, we were able to respond to the most urgent and immediate request. However, the needs were large and accelerating and donors did not increase funding at the same pace, so we were unfortunately not able to meet all the needs”, Tveteraas explains.

NORCAP did eventually receive additional crisis funding from the Norwegian Ministry of Foreign Affairs. This gave us the opportunity to help severely affected countries. Most of our experts have been deployed to the hardest hit African countries, such as Malawi, Ethiopia, Kenya and Tanzania, but also to Peru, Vanuatu and Fiji.

Supporting a cholera outbreak in Tanzania became Tasiana Mzozo’s first priority as a NORCAP deployee. The outbreak was brought on by El Niño flooding.

A climate preparedness officer, Mzozo was deployed to the World Health Organisation regional office in East and Southern Africa. Analysing health risks brought on by climate events is crucial for emergency preparedness and response. She worked with the Tanzanian government, and helped develop their systems and plans. It also gave her an opportunity to witness what worked and what didn’t.

“We helped the country conduct a vulnerability and risk assessment mapping to identify the populations most at risk and where they were located. The exercise also helped uncover vulnerabilities and capacities within the health system and gave us a better understanding of how to make both communities and health systems more resilient to cholera”, she says.

In other East African countries, NORCAP experts worked in a similar fashion to Mzozo. Analysing what types of early warning systems were in place when El Niño struck, and suggesting adjustments to establish stronger systems.

Meteorologists, deployed to the IGAD Climate Preparedness and Applications Centre (ICPAC), have helped strengthen the regional climate services. They have adjusted and improved the forecasting system, through introducing state-of-the-art climate modelling and predictions.

This has made ICPAC able to present a more precise and reliable seasonal forecast to the governments in the region, which again leads to improved country level recommendations.

They have also helped tailor climate information to the needs of the users, more specifically the agriculture/food security and disaster risk reduction sectors.

Linking the information to action at local level, is however still a challenge. Lack of coordination and lack of funds to implement preparedness measures are some of the stumbling blocks. 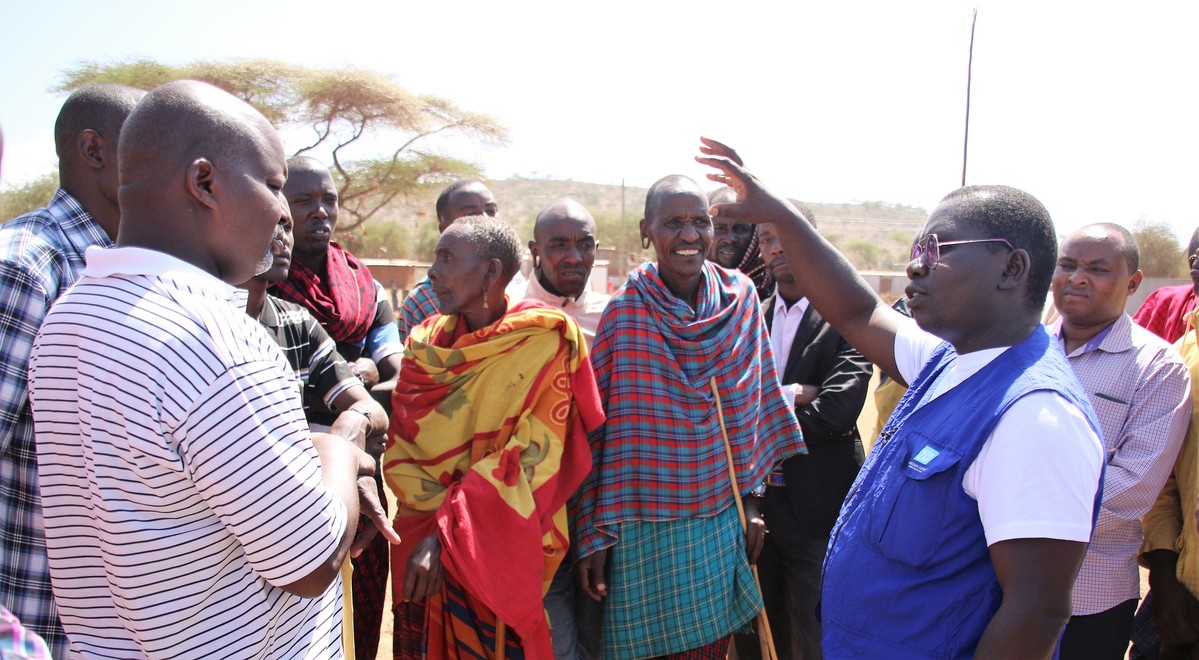 Increased vulnerability with every disaster

El Niño left a huge mark on the entire Latin American region. Already vulnerable populations in poor and middle-income countries became even more vulnerable. Even though governments put in significant efforts to help people affected by disasters, the increased frequency and severity of natural disasters took its toll on both local and national resources.

“I worked closely with the government to update national plans on how to attend to a potential displacement crisis due to increased rain and flooding,” Vexlir says.

In his experience, every natural disaster results in less social and economic stability, delaying people’s possibilities for development.

“The main lesson that we should take from the El Niño phenomenon is that efforts should be directed towards mitigating the impact and the effect of future events. We know it will happen again,” he says.

The South Pacific state of Vanuatu is one of the world’s most vulnerable countries when it comes to climate change. The islands were severely affected by El Niño. Temperature rise, drought and shortage of freshwater caused increased humanitarian needs in a country that had barely recovered from the tropical cyclone Pam that hit the islands in early 2015.

Akhtar has lived and worked as a NORCAP deployee on the islands for two years, observing the impacts of El Niño first-hand. His role has been to advise and guide authorities on emergency evacuation and displacement. How to plan and develop long-term solutions, has been important.

Developing a cyclone and earthquake resilient building that functions both as an evacuation centre and a rain water harvesting system is one example.

“This way, vulnerable communities can maximize their access to fresh water and increase their resilience and preparedness during times of natural disaster,” says Akhtar.

A model of the multipurpose building has been exported to other countries in the region.

Akhtar says there is strong national and community level ownership to disaster management in Vanuatu. Private and non-government sectors recognise the importance of local coping mechanisms.

“Pacific countries like Vanuatu are at the forefront of climate change adaptation – because they have to. It is critical that development partners work closely with emergency actors when planning a response. This way, one can adapt and mainstream interventions into early recovery and development work,” he says. 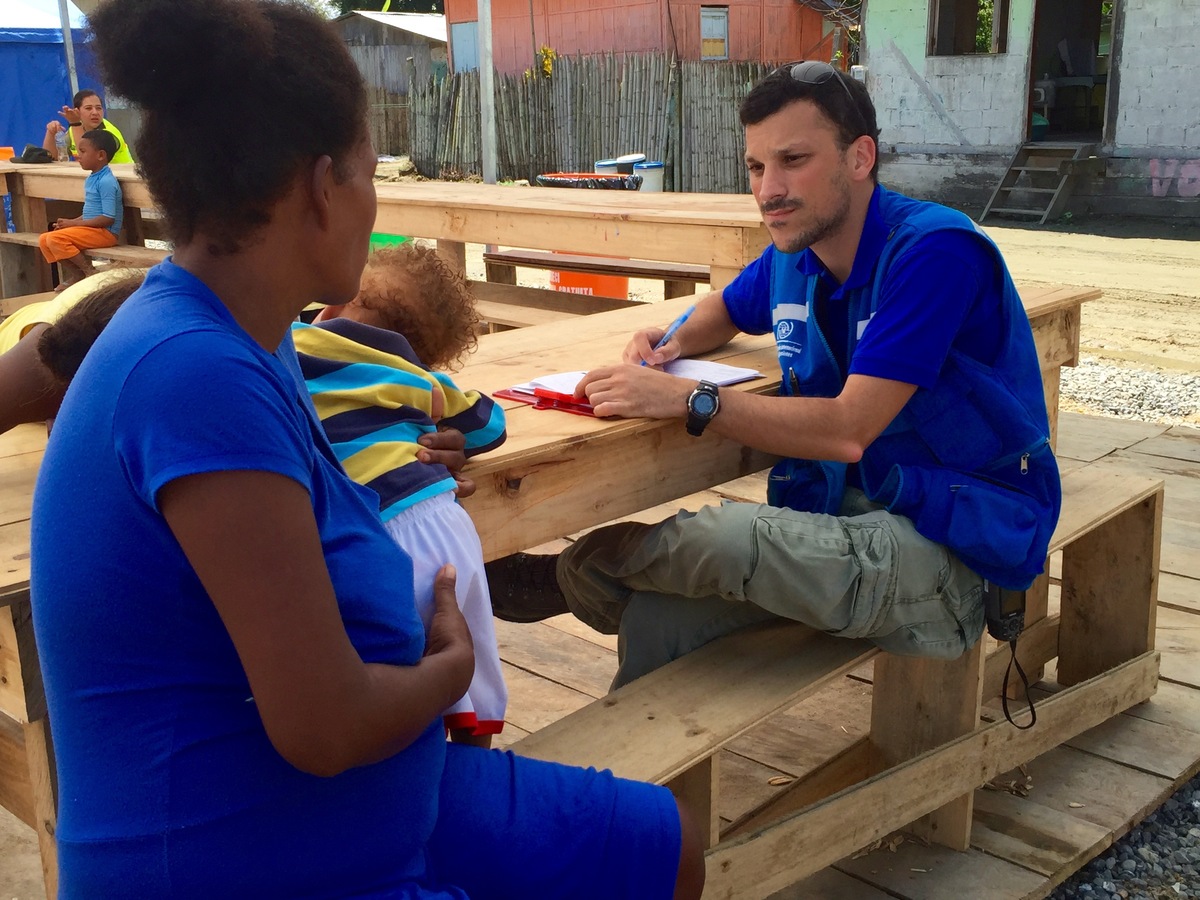 Continued effort to reach everybody

Back in NORCAP’s Head Office in Oslo, Astrid Tveteraas believes this El Niño has led to an increased awareness of the importance of preparing for stronger and longer-lasting disasters.

“Scientists have debated whether the strength of this El Niño could be due to climate change and the overall conclusion is that man made global warming has contributed to its strength. In the years to come, we can expect more frequent and more hard-hitting extreme weather, both in El Niño years and in between. In 2017, even without a strong El Niño, we have seen remarkable weather phenomena all over the world” she says.

This is why NORCAP has climate change adaptation and disaster risk reduction as a strategic focus area.

Through our collaboration with the World Meteorological Organisation and the Global Framework for Climate Services, we help improve climate services in many countries in Africa. We strengthen the technical capacity of regional climate centres and contribute to improving the seasonal forecasts that are used by decision makers to plan forward.

We have also worked with several UN partners to improve their climate adaptation programmes and also pilot new and innovative ways of building resilience towards climate induced disasters.

“However, most countries still have a way to go to ensure that relevant and usable climate information reaches vulnerable groups such as farmers and

fishermen, in time for them to adapt. This will be the next big task that NORCAP deployees will contribute to,” Tveteraas concludes.