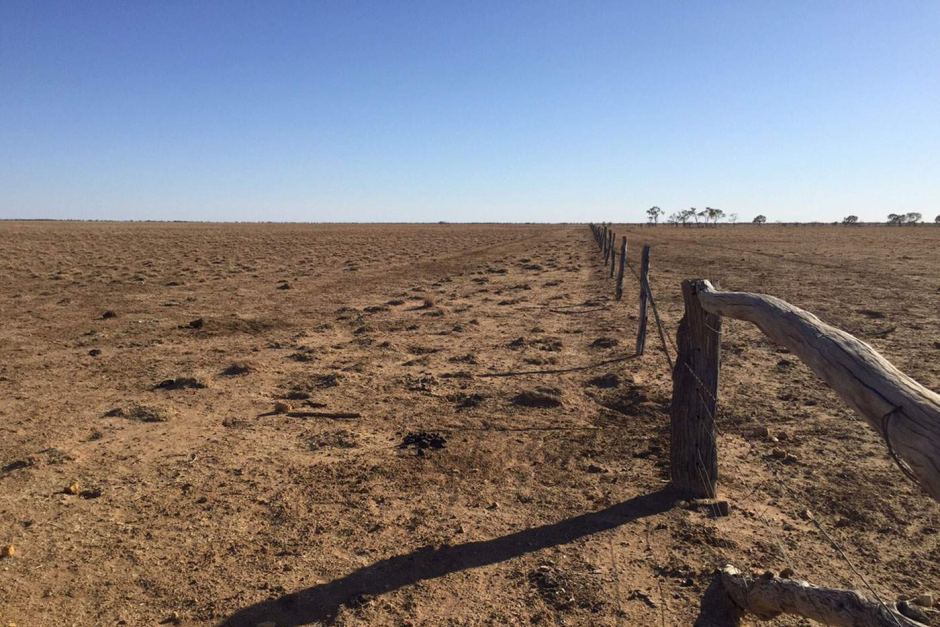 Photo: The Bureau of Meteorology says the current El Nino is worsening and is likely to reach record levels by Christmas. (ABC News: Chrissy Arthur

The Bureau of Meteorology has warned the current El Nino event now looks set to reach record levels and continue well into next year.

Appearing at a Senate Estimates hearing in Canberra, bureau director Dr Rob Vertessy said that while the current El Nino had not yet reached the peak of record-setting events in 1982 and 1997, “we forecast it to get there eventually around Christmas, and the phenomenon could persist well into the autumn”.

Earlier this month, the bureau took the highly unusual step of releasing an additional El Nino update to reflect changes in the Indian Ocean.

The changes are now starting to reinforce the El Nino conditions and stop a feed of moist air from the Indian Ocean into the continent, Dr Vertessy said.

“This is going to have a significant effect on global temperatures,” he said.

The bureau director said 2014 was already the world’s warmest year on record, and 2015 looked highly likely to be a record as well.

The deepening El Nino is bad news for farmers, with about one third of the country already experiencing rainfall deficiencies that are worse than the bureau’s ‘one in 10 years’ benchmark.

“About half a million square kilometres of land, or just over 7 per cent of the country, has got as bad as ‘one-in-50-year’ deficiencies or worse,” Dr Vertessy said.

“So there’s quite bad drought conditions prevailing in Queensland and Victoria in particular, and these El Nino conditions look set to intensify that predicament.”

Bushfire risk amps up ahead of a hot, dry summer

The Bureau’s annual outlook for the upcoming bushfire season is also stark, reporting above average risk for “major parts of eastern Australia, and a big swathe over the west coast and a bit up the north west coast of Australia,” Dr Vertessy said.

While that assessment could change if the rain falls, Dr Vertessy said the elevated fire risk has already become a reality in Victoria and Tasmania.

“We’ve had unseasonably early starts to fire in Tasmania. We’ve already had three total fire bans in the first half of October which is something of a record in Tasmania, and temperatures there are running at about four degrees over the long-term average,” he said.

“It’s more like December conditions than October conditions down there in Tasmania, so it’s a bit of an example of how this season is shaping up to be a little more severe than the average. “The set-up to the bushfire season at the moment doesn’t look good.” -Dr Rob Vertessy, Director, Bureau of Meteorology

The Bureau’s head of hazardous warnings and forecasts, Dr Ray Canterford said that on 6 October, Victoria recorded its earliest ever day with a temperature of 35 degrees or more, with total fire bans for most of the state.

He said South Australia has also had two total fire ban days so far this October.

Asked how this year compares with the situation in eastern Australia leading up to the Victoria’s devastating Black Saturday fires, which claimed 173 lives, Dr Vertessy said there are a number of factors to consider.

“Back in 2009, the setup for the fire season would have been worse because we were on the tail of the Millennium drought, so there would have been a lot more broadscale dry conditions around the country, and water security was obviously much more threatened at that time,” he said.

“On the other hand, the El Nino was nowhere near as strong as the current one.

“So I think these two things are balancing off against one another a little bit, we could look into that a little bit further for you, but suffice to say it’s a pretty severe looking outlook.

“But one thing I do want to say is that it is not a categorical forecast, it is a probabilistic assessment, which means that we can get a cyclone for instance which might bring a low into southern Australia that might wet things up.

“That’s the kind of thing that we hope for, to mitigate the risk.

“But the set-up at the moment doesn’t look good.”

Dr Vertessy said the Bureau is advising communities “to be very vigilant this summer for the risk of fire, and for heatwaves.”