Forest fires across the region are having a devastating effect on health and economies. 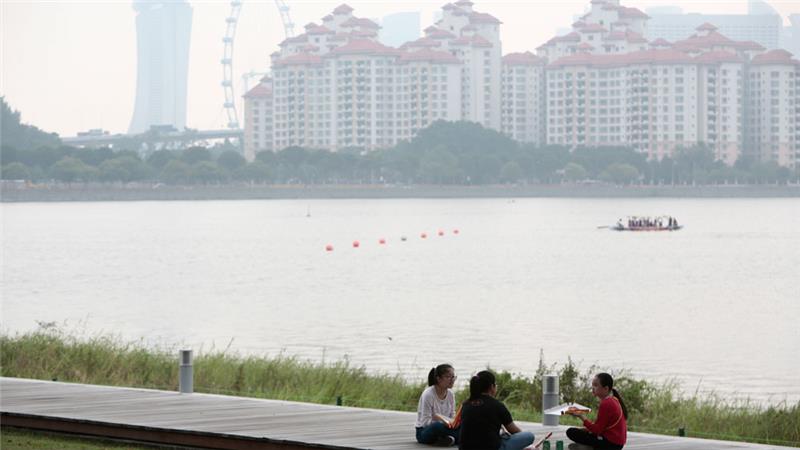 The haze occurs every year, but the atmospheric pollution is particularly bad this year because of the ongoing El Nino [EPA]

The haze currently engulfing much of Southeast Asia is likely to be the costliest weather-related disaster of 2015.

Much of Indonesia, Malaysia, Singapore, Vietnam and Thailand have been affected by poor visibility in recent months. The haze is a direct result of forest fires raging in Indonesia. These are largely deliberately lit as a quick and easy method to clear land for agriculture. Peat forests, too wet to burn quickly, tend to smoulder, resulting in three times as much smoke as a typical forest fire.

The haze occurs every year, but the atmospheric pollution is particularly bad this year because of the ongoing El Nino.

During an El Nino, the warming of the surface waters of the Pacific Ocean heats the air above. This air rises through the atmosphere, before spreading out at the stratosphere and descending over the tropics. Descending air warms and dries, and inhibits cloud formation.

The lack of cloud negates any attempt at cloud seeding, for which some success has been claimed in recent years.

In the last strong El Nino of 1997, the extra smoke in the atmosphere across Southeast Asia is known to have caused 10,800 deaths as a result of cardiovascular disease. The fires of 2015 are known to have put a comparable amount of smoke into the atmosphere.

The country’s health ministry says that 20 million people are thought to have been affected by this year’s haze with more than 120,000 of them having to seek medical help.

After initially refusing assistance from other countries, Indonesia has begun to co-operate with Malaysia, Singapore and Australia in the fight to extinguish the fires.